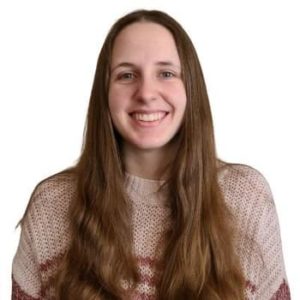 Many people use the terms “asocial” and “antisocial” interchangeably, but these two words describe very different patterns of behavior. Antisocial refers to behavior counter to the rules of society and is often associated with a personality disorder. Being asocial is more of a feeling or tendency toward seclusion.

Being asocial refers to people who are withdrawn from society or have no interest in social interaction. This could be for any number of reasons:

Asocial people may feel anxious around others, be nervous in group settings or have trouble holding conversations. As a result, they will often remove themselves from social interactions entirely and minimize their interactions with others.

While asociality isn’t a diagnosis in itself, it is frequently a symptom of other disorders. People with schizophrenia, for instance, often experience a symptom known as avolition, which is a lack of motivation that makes it hard to start or complete any tasks. This could extend into social interactions and might present as asocial behavior. People with autism spectrum disorder (ASD) may present as being asocial as well, as many people with ASD struggle with social cues, interactions and skills.

Introversion and asociality are two related but distinct concepts. Introverts are often highly socially adept and may spend significant amounts of time with other people. Introversion refers to a preference for being alone but not a withdrawal from society or social interactions. While most people who are asocial could be described as introverts, the same is not true the other way around.

Antisocial behaviors are inappropriate, antagonistic or malicious. A person who exhibits these types of behavior may have antisocial personality disorder (ASPD), a serious personality disorder characterized by deceitfulness, impulsivity, recklessness and a lack of remorse. Often referred to as psychopathy, this personality disorder affects between 2 and 4% of men and 0.5 to 1% of women. ASPD can cause serious distress to the person with the disorder as well as those around them.

The prognosis for people with ASPD is generally poor. It is a very difficult disorder to treat, and the symptoms and behaviors of a person with ASPD often lead to legal, social and personal consequences that can quickly become overwhelming.

There is no one cause for antisocial personality disorder, but many people diagnosed with ASPD as adults share some common traits. They often come from  abusive households or have a parent with antisocial behaviors or one who struggles with an alcohol addiction. Many have also experienced a traumatic brain injury in their youth. There is some evidence that ASPD can be at least somewhat genetic, and hormonal imbalances may play a role as well.

The symptoms of ASPD are varied. They include:

In addition, people with ASPD have high rates of co-occurring mental health disorders, such as anxiety or depression.

To receive a diagnosis of ASPD, a person must see a licensed psychologist or psychiatrist with specialized training. These professionals use a text known as the Diagnostic and Statistical Manual of Mental Disorders to determine whether somebody meets the criteria for ASPD. There are seven main criteria:

Meeting just three of these criteria would result in a diagnosis of ASPD. There are a few other requirements for diagnosis, as well: the person must be at least 18 years old, have a previous history of conduct disorder and their behavior can’t be better explained by bipolar disorder or schizophrenia.

Oftentimes, clinicians focus on helping people with ASPD deal with their depression, aggression or erratic moods through psychotropic medications. Medications such as sertraline or fluoxetine can reduce the symptoms of depression, for instance, while quetiapine may help reduce aggression.

Cognitive behavioral therapy may help people learn to cope with specific challenges that their ASPD diagnosis causes as well. This style of therapy helps people change their thoughts and behaviors by challenging their assumptions and helping them reframe situations in a different light.

Antisocial vs. Asocial: What Is the Difference?

Antisocial behaviors are associated with a personality disorder and can be defined generally as being antagonistic to social norms. In contrast, asociality is a personality trait more about withdrawing from social norms rather than rebelling against them.

While asocial behaviors can be troublesome to those who experience them, they are generally less severe than antisocial behaviors. In many cultures, people who are asocial are elevated in their communities. The religious practice of asceticism, for instance, is practiced in Christianity, Hinduism, Buddhism, Jainism, Judaism and Islam and is characterized by withdrawing from society and living in solitude.

In contrast, antisocial behaviors are universally frowned upon, as they frequently impinge upon the rights and liberties of others. People with antisocial personality disorder don’t remove themselves from their societies but rather disrupt them, often causing great harm in the process.

Similarities Between Antisocial and Asocial

Of course, there are a few similarities between antisocial and asocial behavior. Both groups struggle with social constructs and behave in a way that can seem incomprehensible to the general population. In addition, both groups are more likely to experience co-occurring mental health issues, such as depression or anxiety.

This last component is often the most amenable to targeted treatment. While asocial or antisocial behaviors may never change, people who experience either of these behaviors can still achieve a higher quality of living through working with mental health professionals.