Recognizing Toxic Traits in Yourself & Others 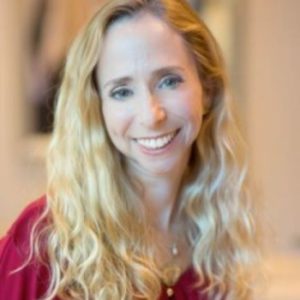 Home » Nobu Blog » Recognizing Toxic Traits in Yourself & Others

You’ve probably heard someone refer to someone else’s behavior as “toxic,” or perhaps someone has even accused you of being toxic at times. So, what are toxic personality traits? Learn about toxic traits and things you can do to change toxic behavior.

What Is a Toxic Trait?

Psychology experts have described toxic traits as personality characteristics that are harmful to other people. These traits are not behaviors that only occur occasionally. Instead, they are ingrained patterns of behavior that a person repeatedly shows over time. Toxic traits are also associated with enduring ways of thinking and feeling.

The thoughts, behaviors and feelings that come along with toxic traits are damaging within the context of interpersonal relationships. Toxic traits can lead to frequent conflict, unhealthy relationships, hurt feelings and even problems at work.

One part of understanding what toxic traits are is knowing about the various traits that fall under the label of toxic personality characteristics. Below are numerous traits associated with toxic behavior:

Those who are often judgmental tend to be overly critical of other people. If another person makes a mistake, for instance, they may pass a harsh judgment and state that the person is irresponsible, incompetent or otherwise flawed instead of extending them the benefit of the doubt.

Negativity is often described as negative emotionality, and psychologists consider it a “dark personality trait.” Someone who demonstrates negativity tends to experience a variety of negative emotions. They may always seem sad, frustrated or disappointed, even during joyful experiences.

Empathy involves understanding another person’s point of view and being able to relate to their emotional state. People who lack empathy seem unable to identify with the thoughts and feelings of others, and they can come across as cold and selfish. Lack of empathy is often associated with narcissism.

See Related: What is a dark empath?

Gaslighting is labeled as a form of emotional abuse because it involves one person trying to convince another that they are crazy. Someone who gaslights will engage in manipulative behavior to attempt to make another person feel insane. For example, a gaslighter will deny doing or saying things they have clearly done or said. Over time, this leads people to question whether they are misinterpreting reality.

Dishonesty is another dark personality trait. People who are dishonest will actively lie or withhold the truth. Ultimately, this often results in hurt feelings when the truth is revealed.

People who are quick to anger tend to have an aggressive disposition. They are sensitive to perceived threats and tend to overreact when faced with disrespect. Being quick to anger can manifest in the form of verbal attacks against others or full-blown physical attacks. They may also have a lack of impulse control, so they react quickly and intensely when they perceive that they are being threatened.

People who are selfish aren’t concerned about the needs of others. In relationships, every decision centers on their preferences and wishes. They are likely to disregard the opinions of others, and they will do what’s best for them, even if it hurts someone else.

People who display the toxic trait of cheating believe they are entitled to cheat in relationships. They convince themselves that if their partner is less than perfect, they have a right to cheat in order to get their needs met. They may even cheat as a way to punish their partner. For instance, if their partner doesn’t give them their way or somehow embarrasses them, they may cheat in retaliation.

The jealous personality type is often never happy because they are constantly envious of others. In relationships, jealous people have a hard time being happy for their friends or significant others because they are jealous of their accomplishments. When you are successful or achieve something meaningful, a jealous person will try to bring you down.

See Related: What is retroactive jealousy?

A greedy person is never satisfied with what they have. They constantly want to acquire more things, which could include designer clothing, expensive cars or the nicest house on the block. People with this personality trait seem to be chronically dissatisfied and are more likely to experience aggression and negative emotions.

People who are sneaky will hide their true behavior and intentions for their own benefit. For instance, they may talk badly about a friend behind the friend’s back in order to get people to side with them and turn against the friend.

Impulsiveness is among the toxic personality traits because people who are high in impulsivity tend to be undependable and struggle to exert self-control. A toxic friend may cancel plans at the last minute because something better came along, or they may say hurtful things in the heat of the moment because they have difficulty with self-control.

People who have the toxic trait of laziness tend to be unorganized, and they do not follow through with the things they say they’re going to do. Research has shown that when people are lazy at home, they have less satisfaction in their relationship with their significant other. A person who is lazy may fail to follow through with chores, and they are likely to expect others to pick up after them.

See Related: Am I depressed or lazy?

Absolutists have extreme opinions and are intolerant of those who have different opinions from their own. They struggle with compromise because they view the world in black-and-white terms. Since absolutists feel that their way of thinking is the only acceptable way, they can be hard to get along with.

The Effects of Toxic People in Your Life

Being involved with toxic people can take a toll on your well-being, especially if you regularly interact with one or more people who demonstrate toxic personality traits. In fact, a study that evaluated the effects of being in a relationship with someone with psychopathic traits, which include deceitfulness, impulsivity, poor anger management and lack of remorse, revealed that people suffer numerous consequences as a result of being in these relationships. Some of the consequences are as follows:

Being in a relationship with a toxic person can have a negative effect on your physical and mental well-being, so it’s important to develop coping skills. The same study found that people were at a lower risk of depression if they were able to develop healthy coping strategies for dealing with toxic personality traits. Healthy coping strategies can include seeking out social support and finding ways to care for yourself through adequate rest, regular exercise and time spent on hobbies.

Beyond finding healthy ways to cope, it’s important to set boundaries with toxic people. In the workplace, this can mean keeping your interactions very “matter-of-fact” and not engaging in any personal conversation beyond what is needed to accomplish the job at hand. You may have to learn to ignore snide remarks and recognize that the toxic person’s behavior shouldn’t be taken personally. In the context of personal relationships, such as with family, friends or significant others, setting boundaries means being clear about what behavior you will not tolerate.

People will generally continue to behave in a toxic fashion if you allow them to get away with it. If someone in your life shows toxic traits, you need to be clear about the behavior that’s upsetting you and tell them that you won’t tolerate it. This may mean walking away from a conversation or telling them that you are not available to them when they are acting in a specific way.

How To Determine if You Have Toxic Traits

While dealing with toxic traits in other people can be challenging, the reality is that we also need to address our own toxic behavior. So, how do you determine whether you have toxic traits? Consider if there are any patterns within your relationships. If multiple people have told you that your behavior is upsetting, it’s probably time to explore whether there is some truth to what they’re saying.

Think about recent conflicts you’ve had within important relationships. Did they all center on the same issue? Perhaps numerous friends have accused you of being selfish, or maybe multiple relationships have ended because your former significant other struggled with your negativity or judgmental behavior. Repeated problems within key relationships can be indicators of your own toxic behavior.

How To Stop Being Toxic

If your own toxic behavior is interfering with your relationships, there are things you can do to change for the better. The first step in overcoming toxic traits is self-awareness. Once you acknowledge and accept that other people find your behavior hurtful, you can take steps to change.

When you’re ready to change toxic behavior, you’ll need to be intentional about reacting in a different way. Toxic traits are often ingrained patterns of behavior, which means they happen by default. If you’re aware of your specific toxic traits, you can choose to act differently. For instance, if you’ve come to the realization that you tend to lack empathy, make an effort to consider how other people may be feeling when you’re in the midst of a conflict.

Sometimes, people may need to seek out counseling or therapy to help them learn how to stop being toxic. Toxic traits can sometimes be a result of a personality disorder or some form of trauma that has led to dysfunctional thinking patterns. In therapy sessions, you can learn to change unhelpful ways of thinking and develop coping skills that do not involve hurting others.

If you’re looking for support for coping with toxic behavior in others or changing your own toxic traits, Nobu offers a free-to-download mental wellness app featuring mindfulness training, lessons from mental health experts and a goal tracker for monitoring your progress. Nobu also offers a paid plan, which allows users to schedule online therapy sessions with licensed counselors if they need additional support for dealing with toxic behavior. Download the app today on the Apple Store or Google Play store to enjoy the benefits of Nobu.