What Are Eating Disorders?

People who struggle with eating disorders have a complicated relationship with food. The primary component of most eating disorders is the ineffective consumption of food, whether it’s characterized by overeating or deprivation. These behaviors are driven by a desire to self-soothe, establish a sense of control over one’s life and body, or manage emotions. The pervasive nature of eating disorders makes them a significant risk due to the potential impact on physical health.

Several types of eating disorders are listed in the Diagnostic and Statistical Manual of Mental Disorders, Fifth Edition (DSM-5). Additional disorders are also included in the DSM-5 that are related to eating but not classified as eating disorders. Eating-related conditions that emerge during early childhood may be a part of the developmental experience, but may not become a lasting issue. Symptoms of all disordered eating should be monitored and treated, whether it is considered a short-term early childhood condition such as pica, or a longer-term issue like anorexia.

Eating disorders are classified by their intensity, frequency, duration and distinct symptoms. Each type of eating disorder is challenging to manage in its own way — it is often difficult to change a well-established behavior. There are many factors involved in developing an eating disorder, including self-esteem and self-soothing, as well as environmental factors that contribute to someone’s perception of body image.

Anorexia nervosa is characterized by severely limiting food intake or engaging in excessive behavior to lose weight or prevent weight gain. A hallmark of anorexia is the distortion of one’s body image. When someone with anorexia loses weight, they are often dissatisfied and continue to pursue additional weight loss even if their weight is far below what is considered healthy.

Anorexia affects around eight in 100,000 people annually. It can become dangerous quickly, with serious health implications for multiple bodily systems.

Symptoms of anorexia nervosa often include:

People with bulimia nervosa experience a loss of control when eating and eat a large amount in a short period of time, known as binge eating, and then experience intense feelings of shame and regret. In a desire to eliminate the food and prevent weight gain, someone with bulimia purges after binging, either through vomiting or taking large amounts of laxatives. Additional behaviors include excessive exercise or fasting in an attempt to reverse the effects of binging cycles.

According to the National Eating Disorders Association (NEDA), the prevalence of diagnostic criteria for bulimia at any point is around 1.0% for young women and 0.1% for young men. Because someone with bulimia typically maintains an average weight, they may be able to hide their condition for a longer period of time compared to other eating disorders.

Some symptoms of bulimia nervosa include:

ARFID is a condition that often occurs in pediatric patients, though teens and adults can also develop the disorder. ARFID is characterized by restricted eating patterns or avoiding certain foods or categories of food that the person perceives as problematic in some way. People with ARFID may avoid certain textures due to sensory issues or a fear of choking or vomiting. One study showed that 20% of children with ARFID had a co-occurring autism spectrum diagnosis.

ARFID can be risky due to the risk of nutritional deficiencies, especially if food is limited so much that entire food groups are removed from one’s diet. Insufficient food and nutritional intake cause the body’s inability to grow properly or maintain its normal processes.

Common symptoms of ARFID include:

Many eating disorders are food-related, but pica involves non-food items. People with pica eat items that don’t have nutritional value, such as dirt, hair and other things that are not considered edible. To be diagnosed with pica, the consumption of non-food items must persist for at least a month. Additional testing is often done when assessing and monitoring pica to make sure there aren’t any negative effects from non-food items being consumed, especially in the case of toxic substances such as paint or other chemicals. Pica cannot be diagnosed under the age of two years due to the normalcy of mouthing items in general during that time. Iron deficiency is a common contributing factor to this condition, and iron levels are routinely checked when someone is being assessed for pica.

Symptoms of pica may include:

If one has symptoms of an eating or feeding disorder but does not meet full criteria for diagnosis, they may be diagnosed with Unspecified Feeding or Eating Disorder. UFED is a way for medical professionals to address eating disorder symptoms and any issues they may cause, even if one does not meet diagnostic criteria. UFED is also used in settings where someone is referred to another level of care since extensive assessment cannot be completed, such as in an emergency room. Someone with a variety of symptoms related to eating or feeding may be diagnosed with UFED.

How Common are Eating Disorders?

Eating disorders affect eight million Americans, with an estimated 95% of those affected being between the ages of 12 and 25. While eating disorders are more prevalent in women, they can affect anyone and are the deadliest type of mental health condition. It is crucial to understand the signs and symptoms so that people struggling with an eating disorder can access treatment.

There is no specific cause of eating disorders, as each person has a unique life experience and genetic makeup. Some people may be more prone to eating disorders than others, but this is affected by many different factors.

Depending on the person, there may be several present risk factors that contribute to the development of an eating disorder, including psychological, environmental and interpersonal risk factors.

Some psychological health factors can make someone more likely to have an eating disorder.

Environmental factors also contribute to the likelihood of someone developing an eating disorder.

Interpersonal factors revolving around personal history and emotional makeup also play a part in the development of an eating disorder.

Each type of eating disorder has unique symptoms, but there are overall signs that show someone may be struggling. Talking about eating-related issues can be difficult, and this may cause people to avoid sharing their experiences.

If you notice several symptoms together, seeking additional help or offering support might be beneficial:

People struggling with eating disorders can find support through multiple hotline options. The benefit of using a hotline is that someone can talk through difficult thoughts and feelings in the moment and access support and care. Whether on a support hotline or in a therapy setting, it is healthy to freely talk about your challenges with someone who is not in your everyday life.

Hotlines for eating disorders include:

Seeking professional help for an eating disorder is the best way to overcome it and manage symptoms as they arise. When considering treatment, the most important thing is choosing the right resources for support. This could start with a conversation with your doctor, or talking to someone at a hotline about your experiences. Reviewing treatment options may feel daunting, but healing begins with that first step.

Talk therapy is a great resource for people struggling with eating disorders. Therapy is a safe, confidential setting to explore thoughts and feelings. It can also promote the development of additional skills in emotion regulation, coping strategies and managing triggers.

Cognitive behavioral therapy or CBT is frequently used to treat eating disorders. This treatment method helps identify underlying triggers, thoughts and feelings that impact the way you eat. Together with a therapist, you can explore these factors and learn new ways to think about yourself and your relationship with food.

Certain types of antidepressants and anxiety medications may be used to reduce bulimia symptoms, anticonvulsants can reduce incidences of binge eating episodes, and nausea medication has also been known to help reduce the occurrence of binging and purging cycles. Consult with your doctor to learn which medications may be best suited for your specific situation and needs.

An eating disorder can have a profoundly negative effect on one’s life. Fortunately, there are many resources available that can help. Whether you reach out to a hotline, talk with your doctor, or consult a therapist or treatment facility, there is no wrong way to get started. Therapeutic resources can help you begin your healing journey toward gaining control over your eating disorder.

Getting Help for Eating Disorders

One simple step to take as you explore healing from an eating disorder is to learn more about easily-accessed mental health management tools, like Nobu. Nobu is a free app that features a series of mental health tools to help you process thoughts and feelings, and adopt healthy coping strategies. User-friendly apps like Nobu can help you think about your circumstances in a different way and learn new methods to manage your feelings. Download Nobu on the App store or Google Play store and get started on the road to better mental wellness. 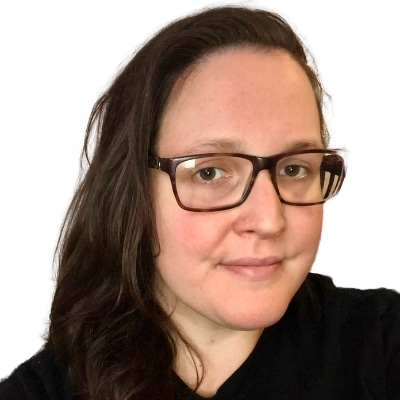 Erica Weiman graduated from Pace University in 2014 with a master’s in Publishing, and has been writing and editing ever since. She has written and edited content across many niches, including psychology & mental health, health & wellness, food, technology, and workplace culture. She is passionate about making information about addiction accessible to anyone who’s on a journey to recovery and their loved ones. When Erica isn’t writing or editing, she is working as a social media manager, cooking or traveling. 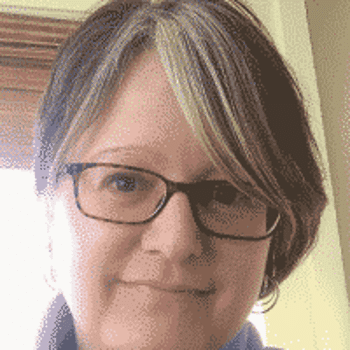 Paula Holmes is a licensed clinical social worker, psychotherapist and freelance writer who lives and works in midcoast Maine. She received her master’s degree in Social Work in 2008 from the University of Maine. With over a decade of experience in the field of mental health, she is always amazed at the strength, beauty, and resilience of the human spirit… Read more.