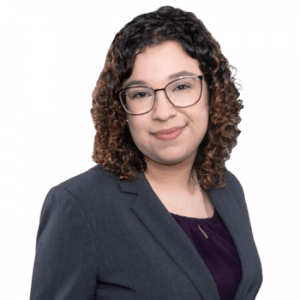 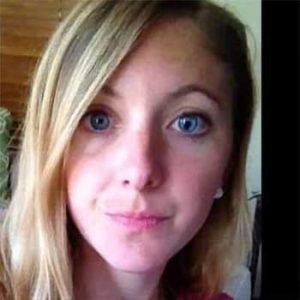 Multiple personality disorder is also known as dissociative identity disorder or DID. When someone has this mental health condition, they have two or more distinct personalities, controlling the individual’s behavior at different times.

When people are showcased in media and pop culture with mental health disorders, it can be positive, but it can also be detrimental and create a negative stigma depending on the portrayal and its accuracy. These 15 shows and movies feature multiple personality disorders.

This mystery drama is based on a book of the same name, written by a team of psychiatrists. The movie covers Chris Costner Sizemore’s life, also known as Eve White.

In the movie, Eve White is a timid wife with blackouts and severe headaches. She goes to see a psychiatrist, and the Eve Black personality emerges in the midst of the conversation. Eve White is sent to a hospital after Eve Black is found strangling White’s daughter Bonnie. Eventually, the main character uncovers a childhood traumatic experience leading to the different personalities.

A TV movie, Voices Within, covers the life of a woman suffering from what was then referred to as multiple personality disorder.

During therapy, it was uncovered that Trudi Chase suffered childhood abuse. The abuse from her childhood led to an “army” of 22 different personalities. When she finishes therapy, it’s revealed there are 70 more trying to break free.

In Primal Fear, a much-loved head of the Chicago Catholic diocese is murdered brutally. The police apprehended 19-year-old Aaron Stampler, covered in blood, as he fled the crime scene. Attorney Martin Vail meets Aaron in jail, where he says he’ll represent him pro bono. Aaron is timid, with a stutter.

Vail later confronts his client, accusing him of having lied about details of the murder. Aaron transforms into Roy, a violent sociopath who doesn’t have a stutter. A neuropsychologist examining Aaron believes he has dissociative identity disorder due to years of abuse from his father and Rushman, the archbishop who was murdered. Aaron is found not guilty because of insanity, and he’s sent to a psychiatric hospital. When Vail visits him to let him know his case is being dismissed, he lets it slip that he faked the personality disorder. He says there was never a Roy, nor was there an Aaron.

In Fight Club, a depressed man dealing with insomnia meets a soap salesman, Tyler Durden. The two men are bored and form an underground fight club with other men tired of their mundane daily lives. The narrator travels around the world looking for Durden after he disappears.

Then, in a hotel room, Durden appears to the narrator and reveals they’re the same person. When the narrator falls asleep, he dissociates into Durden. Unlike many other movies portraying DID, in Fight Club, the structure of modern society and feelings of anxiety and entrapment led to dissociation rather than childhood abuse.

In the comedy starring Jim Carrey as Charlie, a nice cop with dissociative identity disorder is charged with protecting a woman on the run from her ex-boyfriend. When Charlie dissociates, his alter-ego Hank takes over.

Identity is loosely based on the Agatha Christie murder mystery, And Then There Were None. The story follows ten strangers in an isolated hotel, killed one by one. Simultaneously, a convict by the name of Malcolm Rivers is awaiting execution for mass murder. His legal team finds evidence not introduced during the trial, which are diaries showing Malcolm suffers from dissociative identity disorder, with 11 separate personalities.

A Tale of Two Sisters is a South Korean psychological horror film. A teen girl, Su-mi, is being treated for psychosis and shock at a mental hospital. She returns home and later reveals that Su-mi has dissociative identity disorder. She has two personalities, herself and her stepmother Eun-Joo.

A psychological thriller starring Johnny Depp, Secret Window is about a writer who moves to an upstate New York cabin for solitude following a divorce. Depp plays the writer, Mort Rainey. The writer is stalked by someone accusing him of plagiarizing his work. The stalker’s name is John Shooter.

You realize later at the movie’s end that Shooter is Mort Rainey. Shooter comprises abstract ideas from Mort’s mind that were pieced together to help him deal with the separation from his wife.

Sybil is a story about child abuse and the deep wounds it can leave. It’s based on a true story and follows Sybil, an introverted student living in New York City. Sybil has dissociative identity disorder and is haunted by nightmares about her past.

Sybil starts seeing a psychiatrist who discovers she has more than a dozen personalities. The psychiatrist begins working on uncovering Sybil’s childhood to help heal her.

The Uninvited is a remake of A Tale of Two Sisters. In this version, after a suicide attempt following her mother’s death, Anna Ivers is discharged from a psychiatric institution. It’s revealed Anna has severe schizophrenia and dissociative identity disorder.

The United States of Tara is a comedy-drama that aired on Showtime. The series follows the life of Tara, who Toni Collette plays. Tara is an artist and mother who also has dissociative identity disorder.

Tara isn’t able to create art or focus when she’s on her medications for dissociation, so she convinces her therapist to let her stop using them, knowing her multiple personalities will once again emerge. Tara might turn into a wild teenager, a 1950s housewife, or a beer-drinking male when stressed.

Shutter Island is a psychological thriller with Leonardo DiCaprio. U.S. Marshal Edward “Teddy” Daniels and his partner Chuck Aule travel to the Ashecliffe Hospital for the criminally insane on Shutter Island. They are investigating Rachel Soldano, who drowned her three children.

Teddy experiences migraine headaches and flashbacks to his time as a soldier. He also dreams about his wife Dolores, who was killed after an arsonist set a fire. Teddy tells his partner he took the case to find the arsonist because he believes he’s on the island.

Eventually, it’s discovered that Teddy is the actual arsonist. He was incarcerated for murdering his wife with manic depression after she drowned their three children.

In Mr. Robot, the primary character Elliot works as a cybersecurity engineer and a hacker. He becomes involved in a struggle for global dominance as he tries to take down the corrupt company he works for. Elliot also has a condition similar to schizophrenia, which he tries to keep under control through prescription and illegal drugs and therapy.

In Split, a man kidnaps three girls. The man has been diagnosed with 23 separate personalities. They have to try to escape before the 24th emerges. Kevin Wendell Crumb is a man with dissociative identity disorder stemming from childhood abuse and abandonment.

Jonathan is a science fiction drama that looks at the life of someone with two identities. Each identity is functional for 12 hours a day. They communicate through a video message, and they’re referred to as brothers. Each personality works in a part-time job, and the people they interact with have no idea.

While learning more about mental health disorders, including dissociative identity disorder, can reduce the stigma and increase understanding, there are often issues in how these disorders are portrayed in movies and television.

Movies and television take advantage of negative stereotypes about people with DID. They’re frequently seen as being homicidal or violent and having no control over their different personalities. In movies, people with DID may not be aware of their different identities. The underlying reasons for a character’s dissociative identity disorder are seldom focused on, in addition to the generally inaccurate portrayals.

Most people with DID do have control over their alternative identities. People with DID also tend to be low energy and very rarely violent. It’s much more likely that someone with DID is the victim of violence rather than a perpetrator.

It’s important to accurately represent and portray mental health conditions in TV and movies to prevent further shame and stigmatization that keeps people from getting treatment. If you’re struggling with a personality disorder, help is available. The Nobu app can connect you to a licensed therapist for online therapy sessions for a fee.