Understanding the 12 Types of Depression 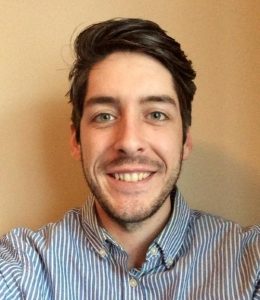 Most people experience occasional periods of sadness, anguish, heartbreak, grief and discouragement throughout their lives. A person might say that they’re “depressed” during these times, but depression is a serious mental health issue that’s quite different from having a bad day or week.

Depression can intertwine itself with every part of your life, making it hard to tell where you begin and your depression ends. It affects your mood, thought processes, appetite, sleep, memory and ability to concentrate or function. Further, depression often affects a person’s work and relationships, and it increases the risk of physical ailments as well. Depression can also make you lose interest in things that once brought you joy and excitement.

There are several different types of depression. The four most common include:

Depression does not discriminate, and it can happen to anyone. It doesn’t matter whether your life is carefree or challenging — depression is still a possibility. Factors that contribute to the development of depression can include:

Depression is often treatable, but it’s something to be taken seriously because it can lead to thoughts of self-harm or death.

Major depressive disorder (MDD) affected an estimated 7.8% of U.S. adults in 2019. It can be an all-consuming experience where you’re not necessarily sad, but you find little interest or pleasure in anything. You may feel down, hopeless or numb in general.

In order to be diagnosed with major depression, a person must experience symptoms that interfere with their day-to-day life on most days for more than two weeks. Symptoms of major depression can last for weeks, months or longer, and they may include:

A combination of five or more of these symptoms can show up, but the symptoms may vary depending on the person. For example, one person might feel restless and distracted, while another might experience an overwhelming sadness. In addition, MDD can show up as a single episode or as something that recurs throughout a person’s life.

The first-line treatment for major depressive disorder and its variants is typically psychotherapy, antidepressant medications or a mixture of both. For mild depression, some experts recommend psychotherapy with the add-on of relaxation techniques and exercise.

It’s also possible to be diagnosed with depression and anxiety as separate conditions.

A person who has major depressive disorder with atypical features may temporarily perk up when something great happens. Atypical depression can be challenging in a way because you might not appear depressed to others. The additional pattern of symptoms include:

Atypical depression can account for somewhere between 15% and 50% of depressive episodes.

Melancholic depression may follow a daily rhythm of being worse in the morning. It’s believed that around 15% to 30% of major depressive episodes involve melancholic features.

Persistent depressive disorder (PDD) is a type of depression that lasts for two years or more. This may or may not include interspersed episodes of major depression. PDD can range from mild to severe, and some people may be able to carry out their everyday tasks even though their experience is weighed down by the symptoms of depression.

In order to be diagnosed with PDD, a person must experience two or more of the following symptoms:

It’s estimated that around 1.5% of adults in the U.S. have persistent depressive disorder in a given year. Around 2.5% will experience PDD at some point in their lives.

This form of depression is believed to affect 28% of people with major depression, and the average age of onset is around 29 years. It has also been linked to an increase in suicidality. Fortunately, psychotic depression can be treated with electroconvulsive therapy or a combination of antidepressant and antipsychotic medications.

While not the same as depression, bipolar disorder is a mood disorder that has three subtypes. Each is characterized by changes in mood, energy and activity. If you have bipolar disorder, you may be familiar with your low mood state, which can often be accompanied by the exact same symptoms as major depression. This is sometimes called bipolar depression.

However, a person with bipolar disorder will also experience the hallmark symptoms of mania or hypomania. Manic episodes can be intensely happy, but they can also be uncomfortable. They are typically characterized by:

In between these shifts, a person may experience stretches of normal mood.

The primary types of bipolar disorder include:

It’s estimated that 2.8% of U.S. adults have bipolar disorder in a given year, and 4.4% will experience it at some point in their life. Because bipolar disorder is classified as a separate mood disorder from depression, its treatment can be quite different. Antimanic medications are typically the foundation of treatment, but talk therapy is also recommended.

Seasonal affective disorder (SAD) is known in the DSM-5 as a subtype of major depressive disorder or bipolar disorder. It is a cyclical form of depression that comes about in particular seasons and resolves in others.

SAD is most commonly linked to late fall and winter, which are seasons when periods of sunlight get shorter. The condition may develop due to changes in your body’s natural rhythms, the amount of light that reaches your eye or chemical shifts that your brain experiences.

People who experience winter depression may:

Seasonal depression typically goes away as the sun re-emerges and the flowers bloom in spring. While SAD appears to be more common in areas farther from the equator, it’s hard to pinpoint its prevalence because it often goes undiagnosed. Researchers believe anywhere from 1% to 10% of people experience seasonal depression worldwide.

Treatment for winter depression may include:

Certain daily activities can also boost your mood, such as:

Childbirth and the transition into parenthood can be a complex time due to hormonal shifts, lack of sleep and a complete change in routines. As a result of all these changes, up to 80% of new moms develop the baby blues.

Experiencing the baby blues can be jarring when you’re expecting to love every moment of your life as a new parent. However, you can find comfort in knowing that the vast majority of new moms experience this, and it usually goes away within two weeks without treatment. Symptoms include:

Unlike baby blues, perinatal or peripartum depression is a serious but treatable condition that occurs during pregnancy or within a year after delivery. Symptoms can show up in unique ways, such as:

Up to one in seven people who are pregnant or give birth experience perinatal depression, which can have lasting impacts on the person as well as their infant. There are some potential risk factors, including:

Perinatal depression can happen even when none of these risk factors are present; it can also develop in others who are involved with the pregnancy, such as a partner. In rare cases, a person can also develop a treatable but life-threatening condition called postpartum psychosis. Symptoms like depressed mood can occur suddenly, typically in the first two weeks after delivery.

Because pregnancy and postpartum are unique periods of a person’s life, treatment for people with mild to moderate symptoms may start with psychotherapy. However, antidepressants are also a viable option to discuss with your doctor. Severe symptoms may require the use of specific antidepressants, and in certain cases, treatment may occur within a hospital setting.

If you’ve experienced premenstrual syndrome (PMS), you have a small window into what premenstrual dysphoric disorder (PMDD) feels like. Much more severe than PMS, PMDD affects 3% to 8% of women of reproductive age. It often comes on in the time after ovulation and goes away when your period starts, leading to symptoms of depression or anxiety that include:

While the symptoms overlap with major depressive disorder, they are limited to the time before menstruation. It may be important to distinguish between each diagnosis because treatment can be different. For people with PMDD, treatment may include:

Situational depression describes a depression that arises in response to stressful life events, such as going through a breakup, losing a job or facing legal troubles. The condition is also known as adjustment disorder with depressed mood.

You’d expect to feel overwhelmed or withdrawn when going through any of these things. However, situational depression develops within three months and occurs when your reaction is out of proportion to the stressor. The core symptoms consist of:

Treatment may be brief, and like major depressive disorder, it may include psychotherapy, medications or a mixture of both.

It can be incredibly frustrating when you do everything you can to manage your depression and it still impacts your day-to-day life. You’re not alone in this experience — it’s estimated that conventional treatment does not achieve complete remission for up to two-thirds of people with depression.

While there is no universal definition, treatment-resistant depression occurs when you’ve tried two or more antidepressant medications without success. If your symptoms have not let up and you’ve already tried multiple antidepressants and psychotherapy, transcranial magnetic stimulation or electroconvulsive therapy, you may have treatment-refractory depression. In either case, you can work with your doctor to determine whether there are any underlying conditions that require treatment and explore additional treatment options.

The free-to-use Nobu app provides a wide variety of helpful services that can help you improve your mental health, outlook and overall well-being. For an additional cost, users can also access licensed therapists to receive treatment for mental health disorders like depression and anxiety. Download the Nobu app in App Store or Google Play store today and begin leading a healthier, more mindful way of life.